Celebrate 35 years of RSVP on the newest and most sensational ship in the Caribbean! We’re pulling out all the stops with spectacular new entertainment alongside a few favorites, fresh and innovative parties to bring out the smiles in everyone, and new ways to connect with friends old and new. Sailing the gorgeous Nieuw Statendam, Holland American’s newest flagship, to four of the Caribbean’s most beautiful destinations. With rates from $949 we’ve made it easier for everyone to join in the celebration! 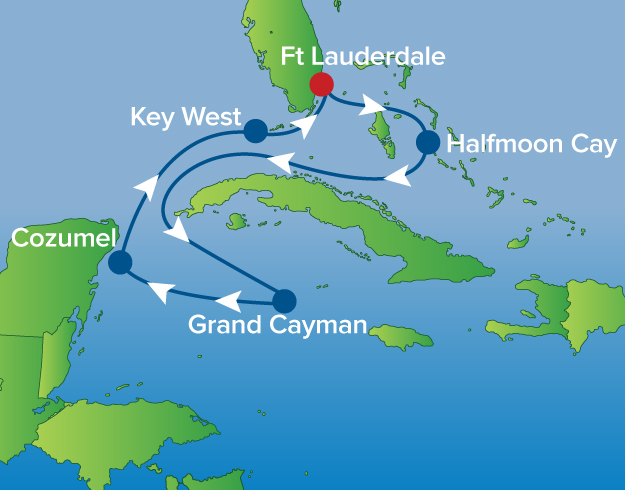 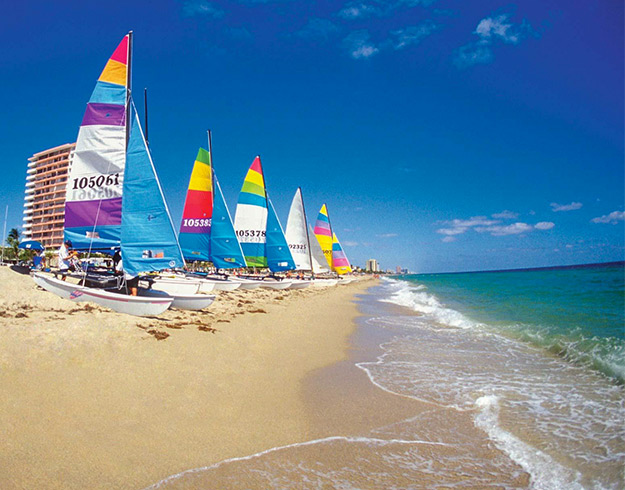 Start off the fun, RSVP style, on the beaches of Fort Lauderdale. The city always rolls out the rainbow carpet to welcome us, with favorites Hunters, The Manor, and Village Pub ready to entertain you! 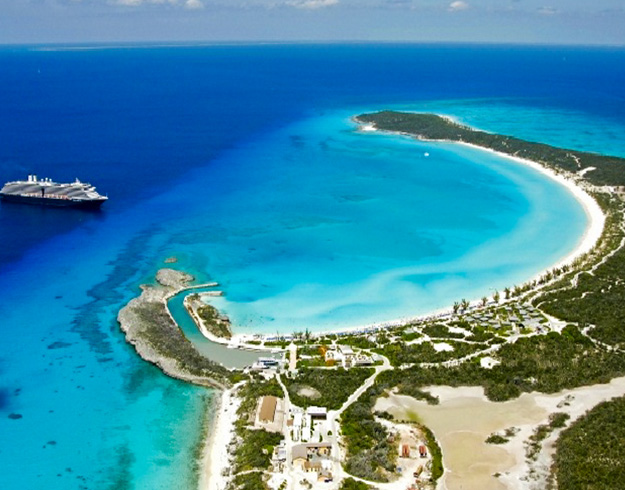 Our own private island is also known as Little San Salvador Island, a 2400-acre paradise that’s all ours for the day. The nickname “Half Moon Cay” comes from the island’s 2.5-mile crescent-shaped beach. With three on-island sports centers, you can either get really active or while away the hours under the sun. The choice is yours! 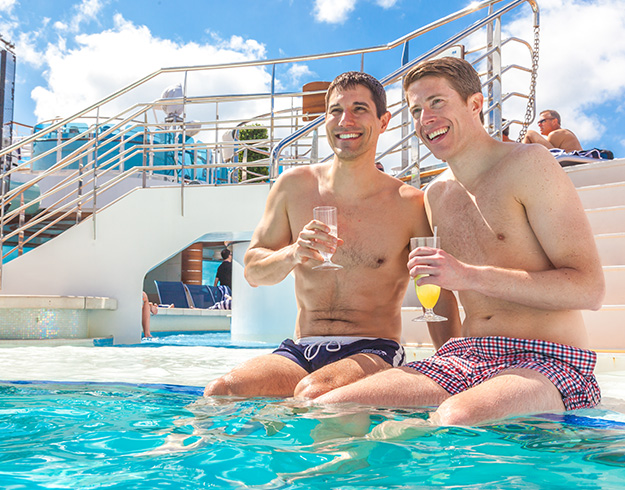 Relax and discover the magic of a day at sea with RSVP onboard Nieuw Statendam. From our special RSVP brunch to wacky bingo sessions, it’s not a typical day on a ship. Indulge in the Greenhouse Spa or take in some rays around the Lido Pool. Just save some energy for our first t-dance this afternoon!

This island nation has become an RSVP favorite through the years, and we’ve always been welcomed with open arms. And why not, with options almost everywhere you choose for adventure! Swim with the rays at Stingray City or find a picture-perfect beach on which to relax to discover Caribbean life at its best! And there’s literally no better place to shop at outrageously low duty-free prices. 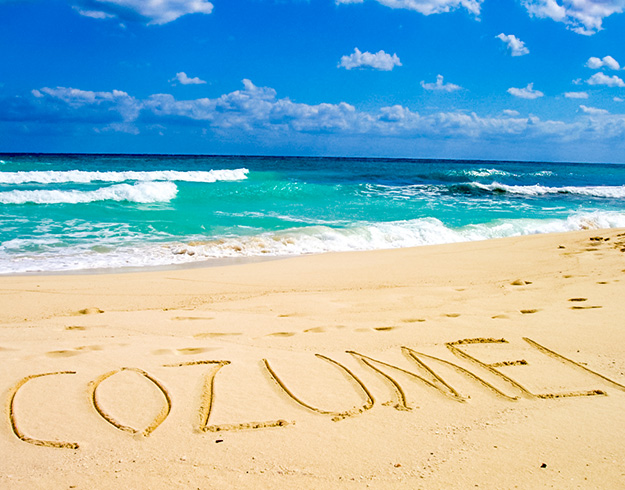 One of the Caribbean's most beautiful beach and adventure destinations, with water as blue as it gets, and idyllic beaches ringing the island. Diving and snorkeling lovers will rejoice in the options and there’s no better place for authentic souvenirs and remarkable bargains. 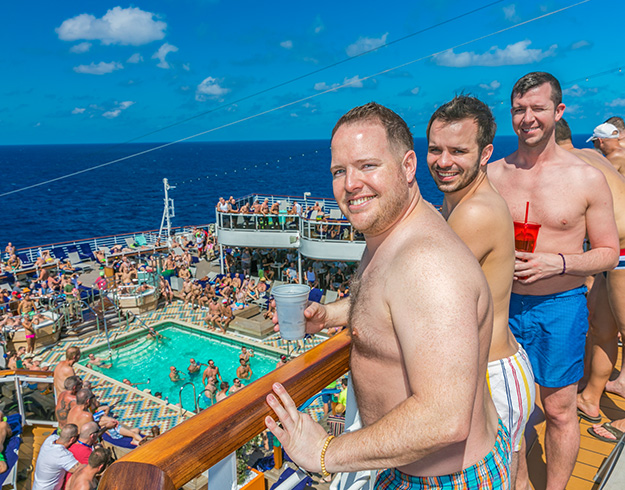 Enjoy the warm weather, see a matinee performance of one of our signature entertainers, or just lounge in your deck chair until the sun sets. It’s all up to you. 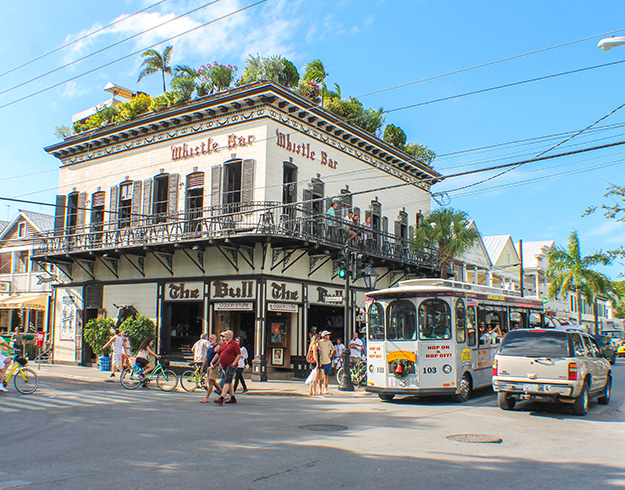 Welcome to the southernmost point in the continental USA and legendary gay haven. One of our all-time favorite destinations beckons with crystal clear water, seashell beaches, adventurous excursions, fantastic shopping, and fabulous Duval Street (801 Bourbon Bar and Bourbon Street Pub are our two of our favorite gay bars!). All within easy walking distance of your ship. 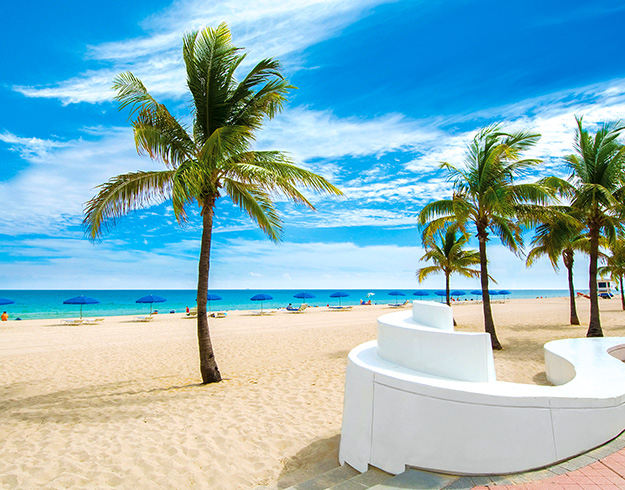 We’re back to where it all began…in beautiful gay-friendly Fort Lauderdale. With many of you heading home this Sunday, we wish you all safe travels. For those looking for a Sunday Funday afternoon, brunch and drinks at Rosie’s Bar & Grill is a favorite of RSVP cruisers! Back to where it all started – beautiful Fort Lauderdale. With President’s Day Weekend in full swing and with most people off work Monday, the stage is set to enjoy the long holiday weekend. Our favorite Sunday Funday thing to do? Brunch and afternoon drinks at Rosie’s Bar & Grill!
\\
Disembarkation begins at approximately 7:30am on February 16. RSVP does not recommend flights from Ft. Lauderdale before 10:30am and from Miami before 11:30am. 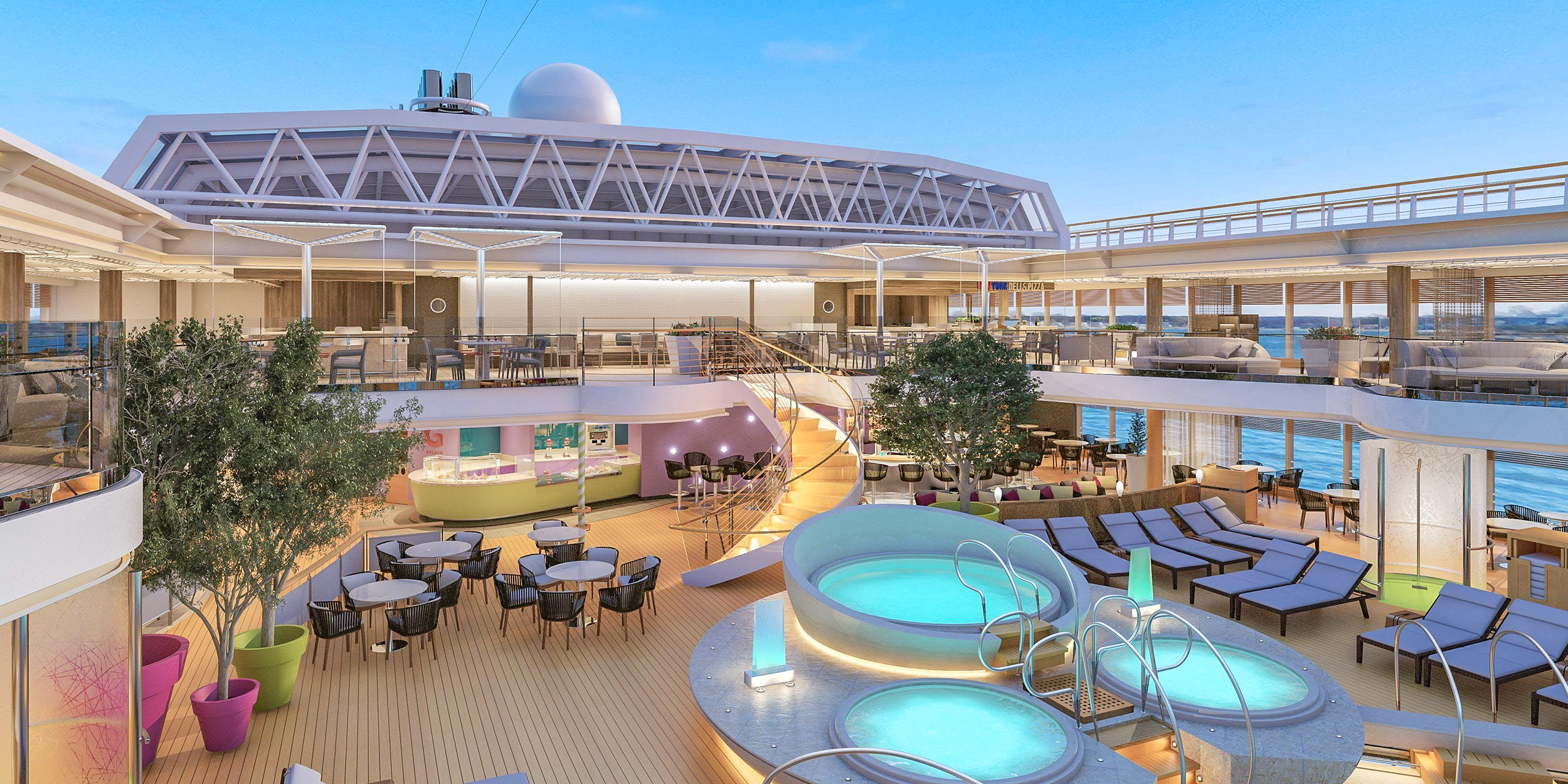 Holland America’s sparkling new Nieuw Statendam offers our 2650 RSVP guests more of what you love, upgraded with cutting-edge innovations and brilliant modern design everywhere you turn. With more dining options than ever before, sensational entertainment venues, and simply gorgeous staterooms, she’s the perfect ship for an RSVP Caribbean cruise! Spacious open decks and inviting pools offer plenty of places work on your tan, finish a great book, meet new friends, and of course set the stage for our signature T-dances and extremely silly pool gaymes! 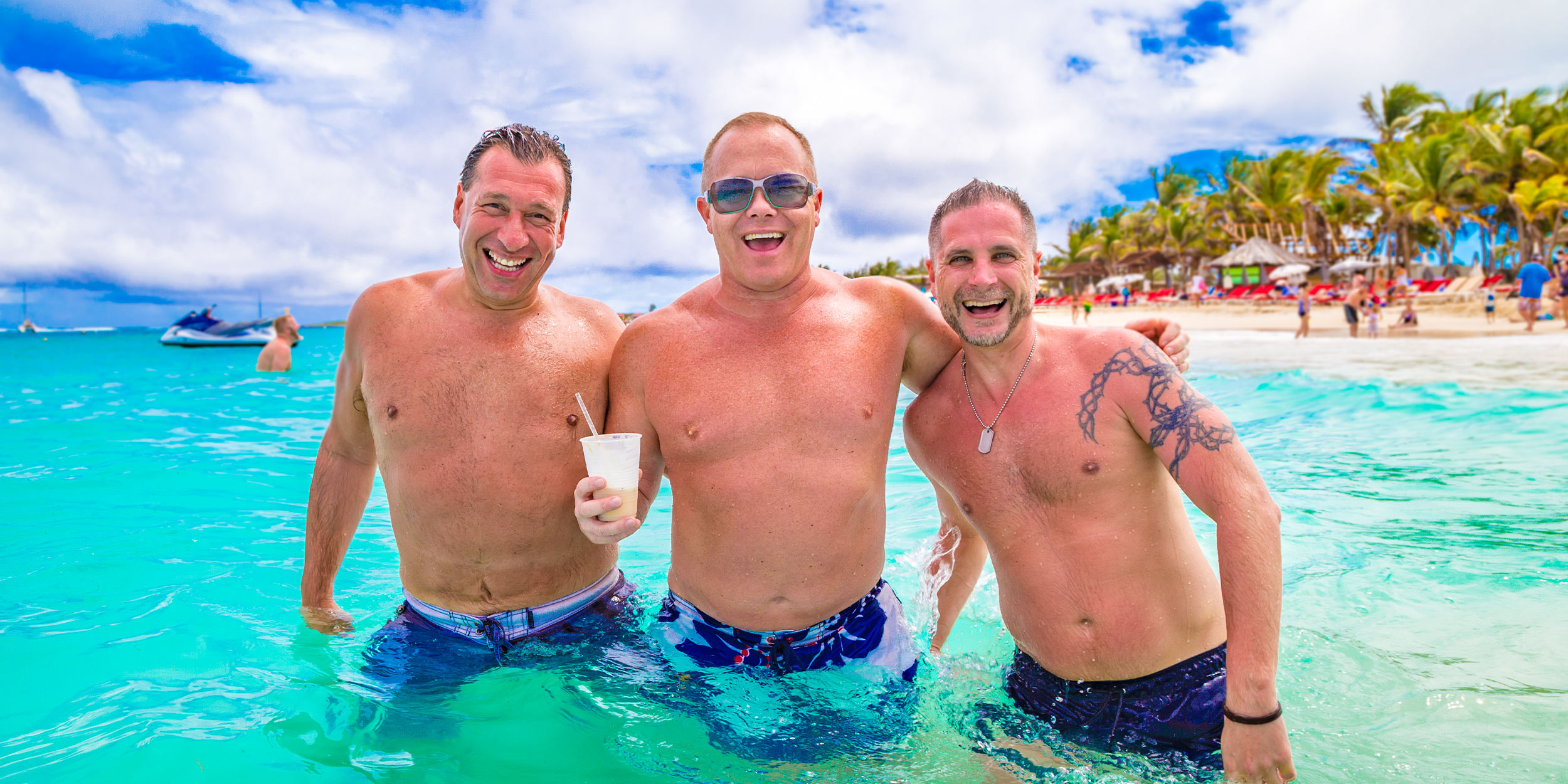 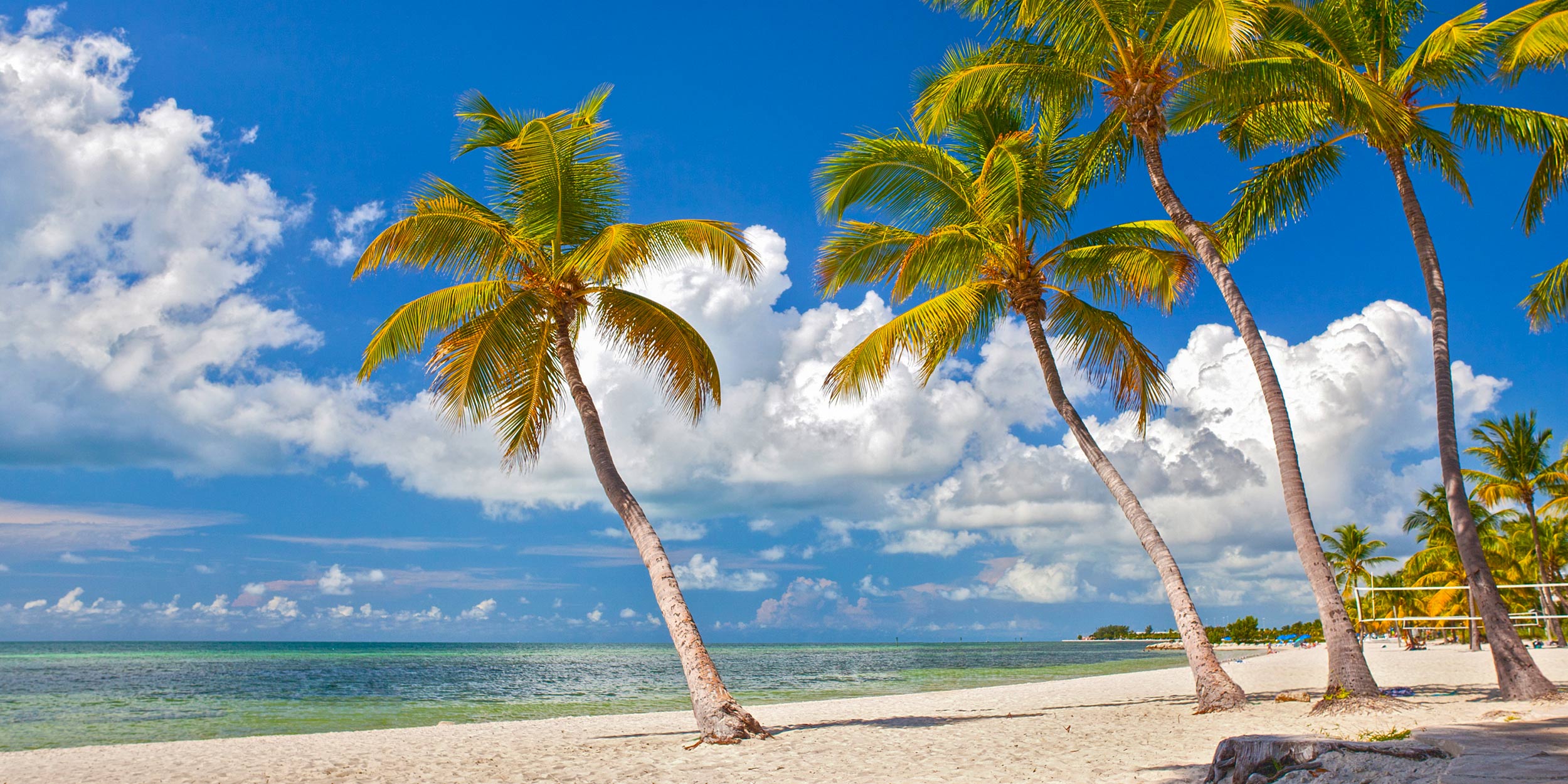 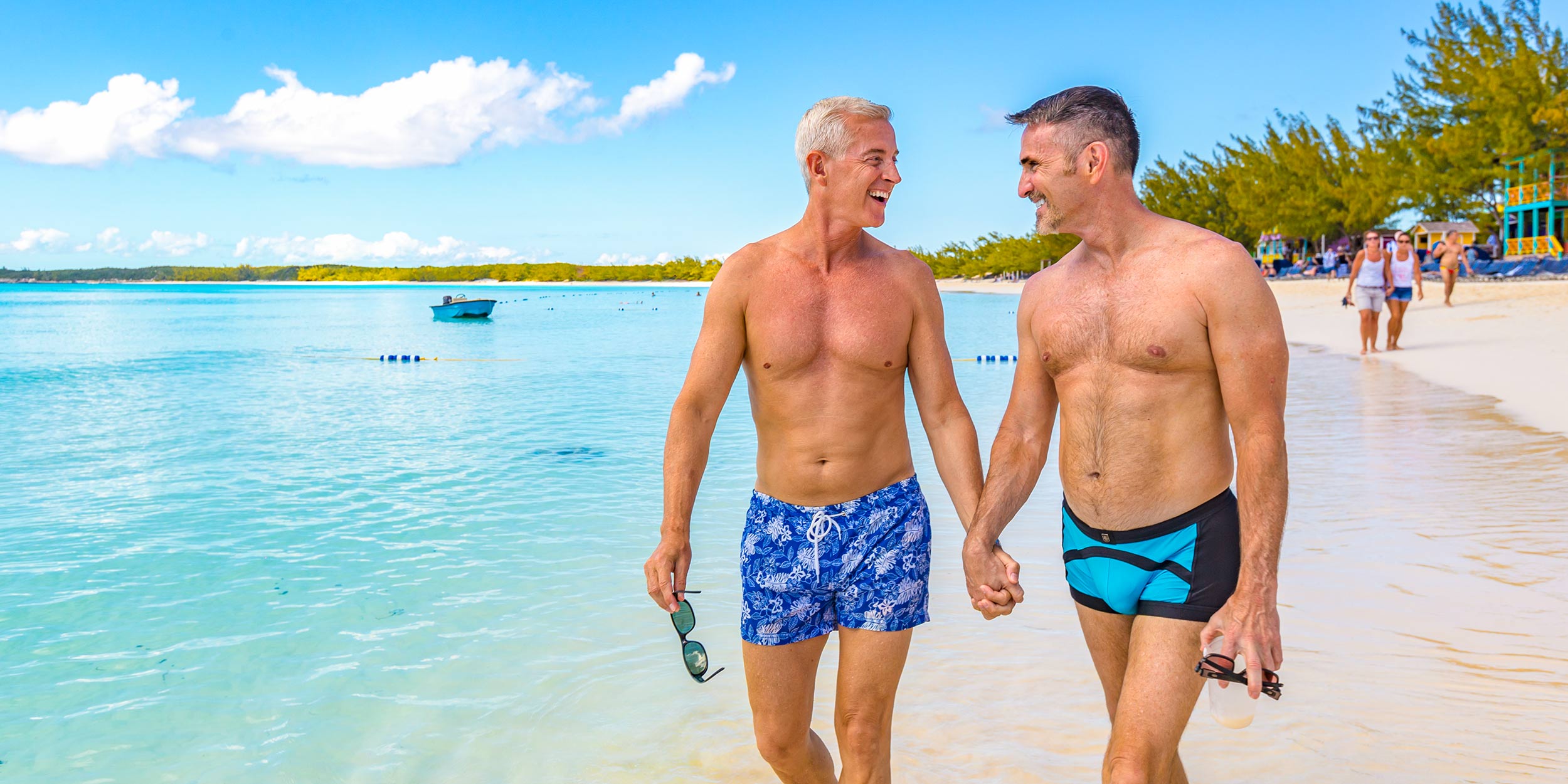 From gay-friendly Ft. Lauderdale you’ll sail to our private island of Half Moon Cay, always an RSVP favorite for a day on a perfect private beach. Head south with a relaxing day at sea to enjoy all that Nieuw Statendam has to offer. Fascinating Grand Cayman offers more to do than any other island in the Caribbean, from picture-perfect white sand beaches to superior duty-free shopping to swimming with the rays at the famous Stingray City. Some of the world’s best snorkeling and diving await you in Cozumel, or spend the day basking in endless sunshine surrounded by crystal blue waters. And after one more action-packed day at sea, there’s no better ending to an RSVP cruise than a day in legendary Key West, where the locals turn out in force to welcome us to Duval street and showcase both the island’s amazing weirdness and natural beauty. 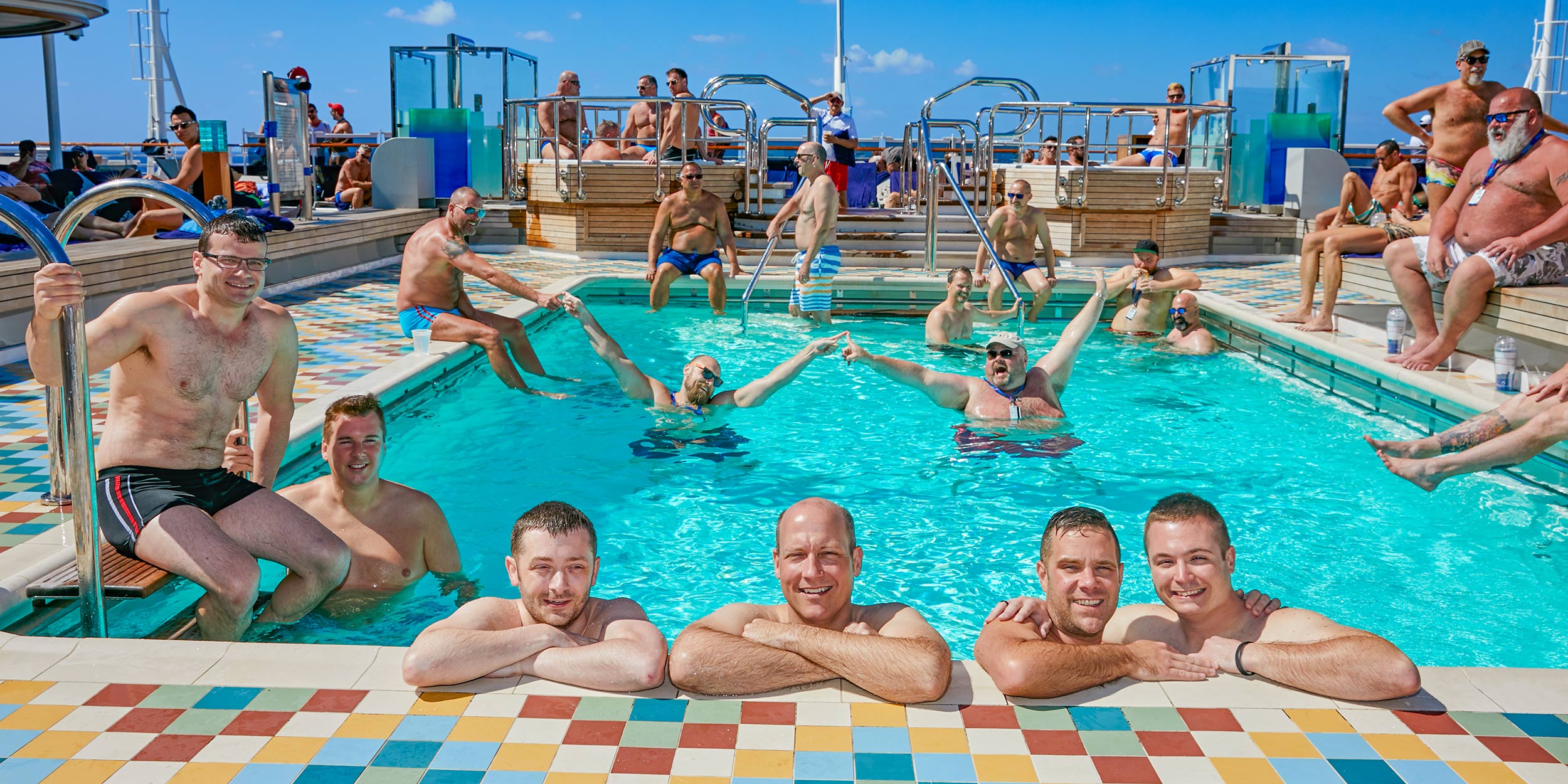 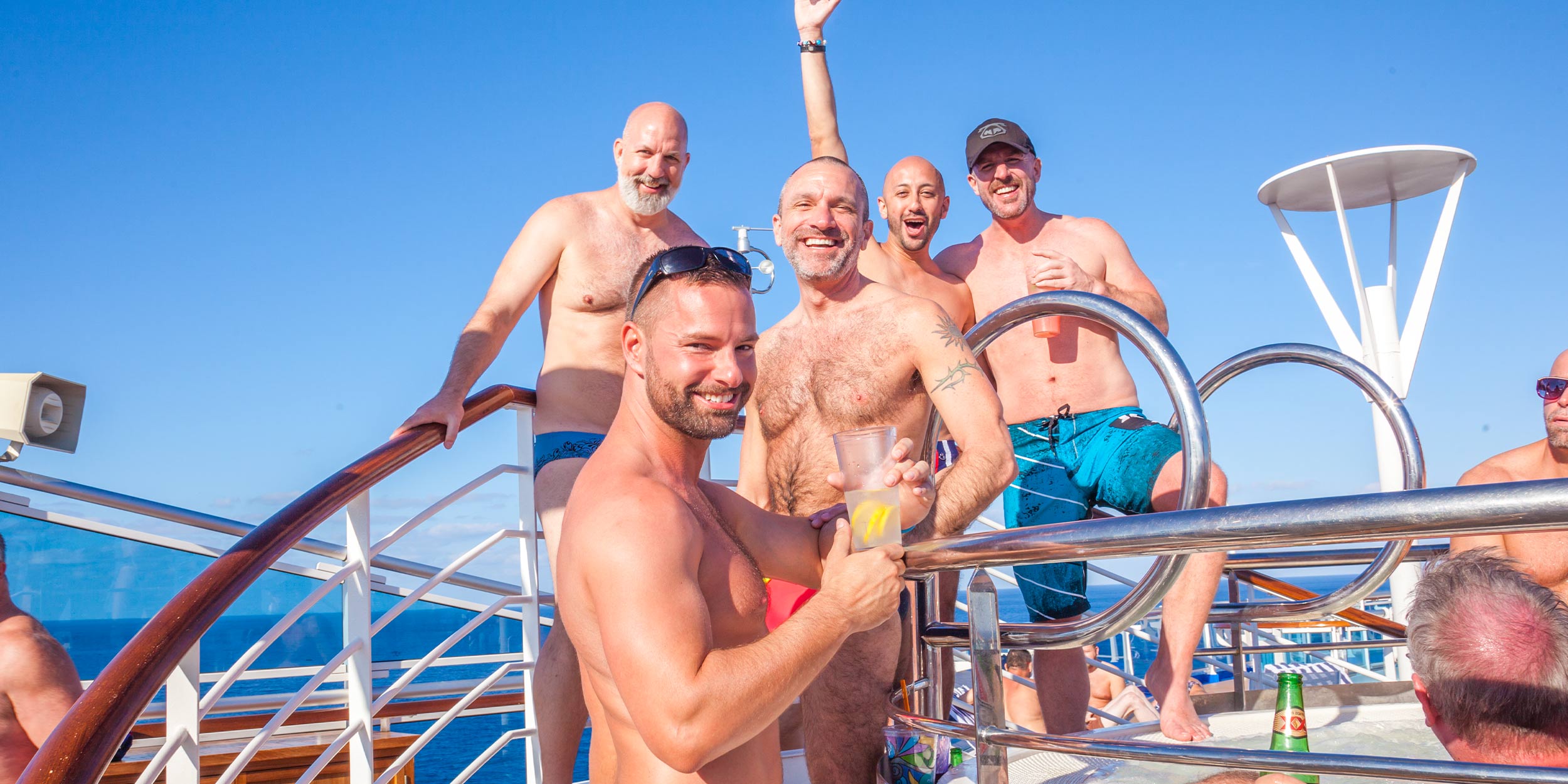 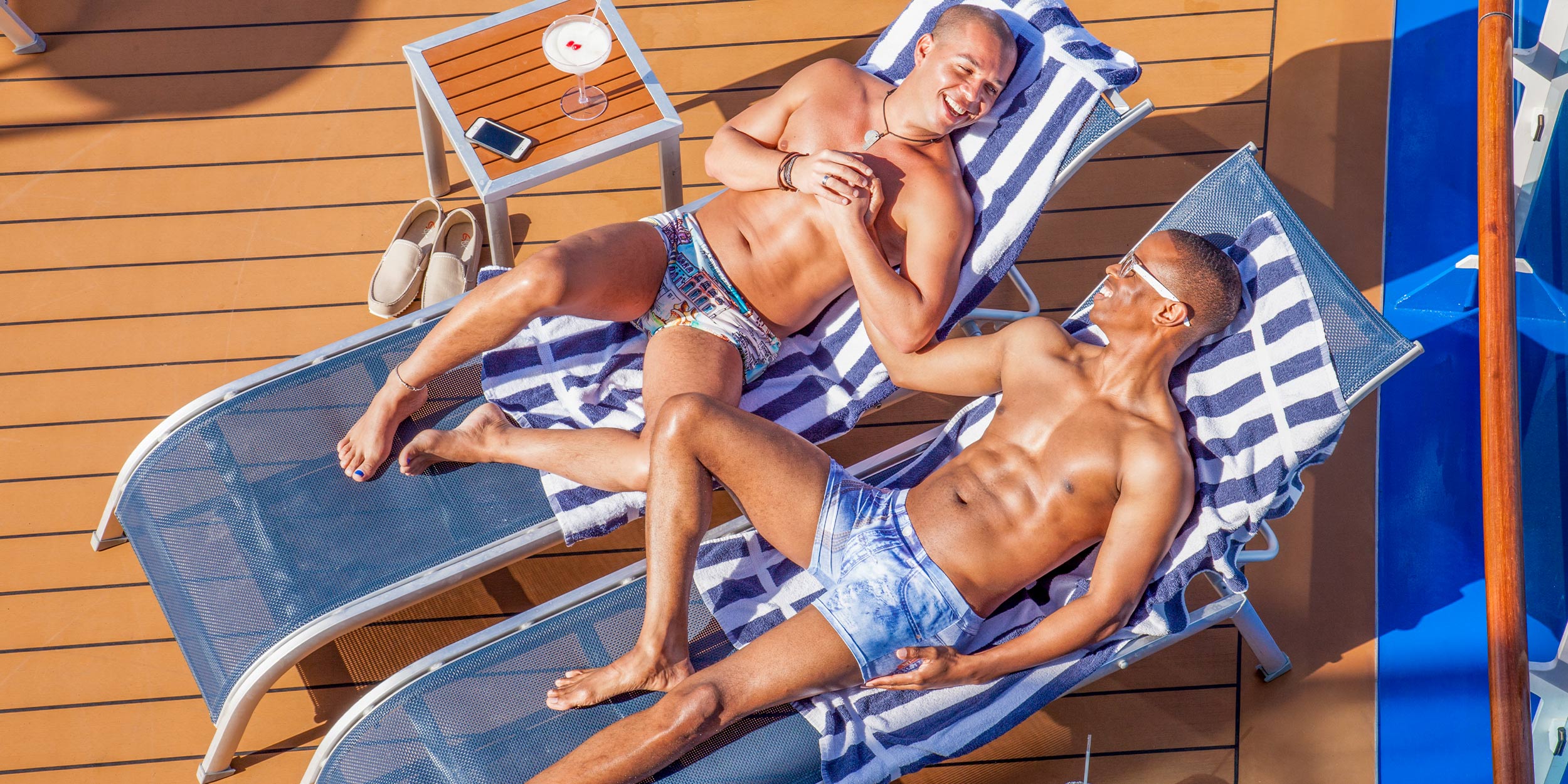 More Fun Than Ever Onboard

The best days on RSVP yours to enjoy at sea. Start with a lazy brunch with friends. Wander up to Nieuw Statendam’s sunny decks, sparkling pools, and whirlpools to play and relax. Treat yourself to a treatment in the modern and inviting Greenhouse Spa. Take in a fitness class or work out in the super-modern gym. Or get your game on at our outdoor volleyball court. Just save some energy for RSVP’s signature T-dances, pool games, and general good times all day long. 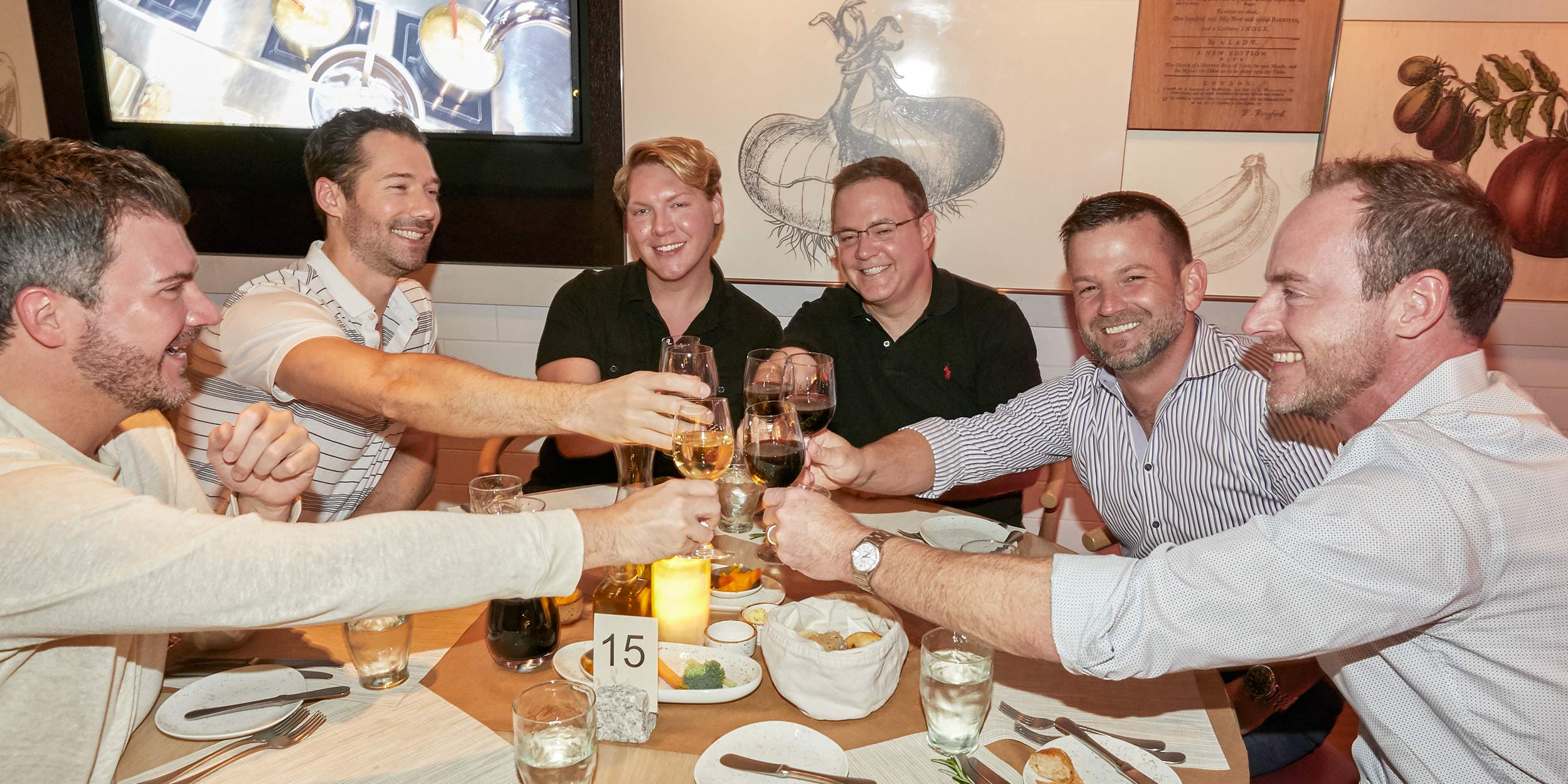 It’s easier than ever to share a meal with friends old and new onboard, with more choices than any ship in RSVP’s history. The two-story ultra-modern main restaurant features an ever-changing menu of international specialties in an Adam Tihany designed space that’s truly one of the most beautiful rooms at sea. It’s the perfect place for everything from a group of friends to an intimate dinner for two. And that’s just the beginning!

Nieuw Statendam features five distinctive specialty restaurants catering to virtually every palette and desire, starting with the classic Pinnacle Grill steakhouse and Tamarind’s pan-Asian cuisine. Fresh seafood is the star at the all-new Sel de Mer, and you’ll find family-style rustic Italian at Canaletto. For something more casual, forget everything you’ve heard about cruise ship buffets — the new Lido Market turns out a never-ending spread day and night that will keep you coming back for more.

And of course, each meal on RSVP is designed to be relaxed with no assigned dining times and no stuffy dress codes. 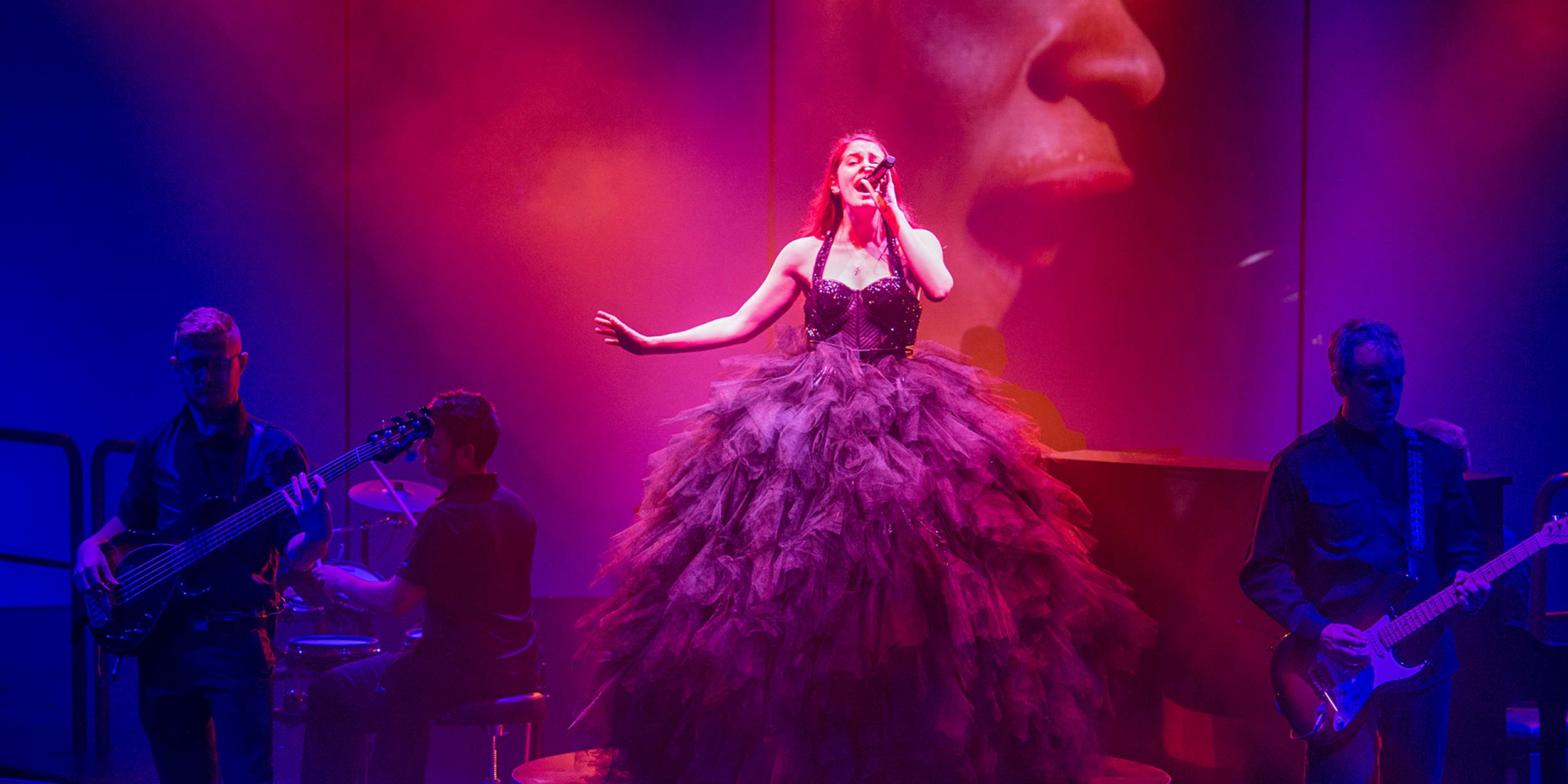 BRIGHT STARS ON THE BEST STAGES

The sensational new and stunningly modern World Stage and the two-story BB Kings showcases RSVP’s signature performers like never before as we present top talent from the LGBT world, stage and screen, alongside Holland America’s award-winning productions. RSVP’s stellar line-up of musical artists, comedians, cabaret acts has included such legends as Kathy Najimy, Ann Hampton Callaway, Leslie Jordan, and Ty Herndon along with RSVP favorites Amy & Freddy, Bob the Drag Queen and so many more. And for our 35th anniversary we’re introducing some exciting new stars at every level!

The brand-new music walk offers seemingly endless musical experiences, from RSVP piano and cabaret stars to the classical showcase Lincoln Center Stage to Billboard Onboard’s chart-busting hits to the raucous Rolling Stone Rock Room. Add some movies under the stars, poolside concerts and a few surprises for the greatest set of entertainment RSVP has ever offered! 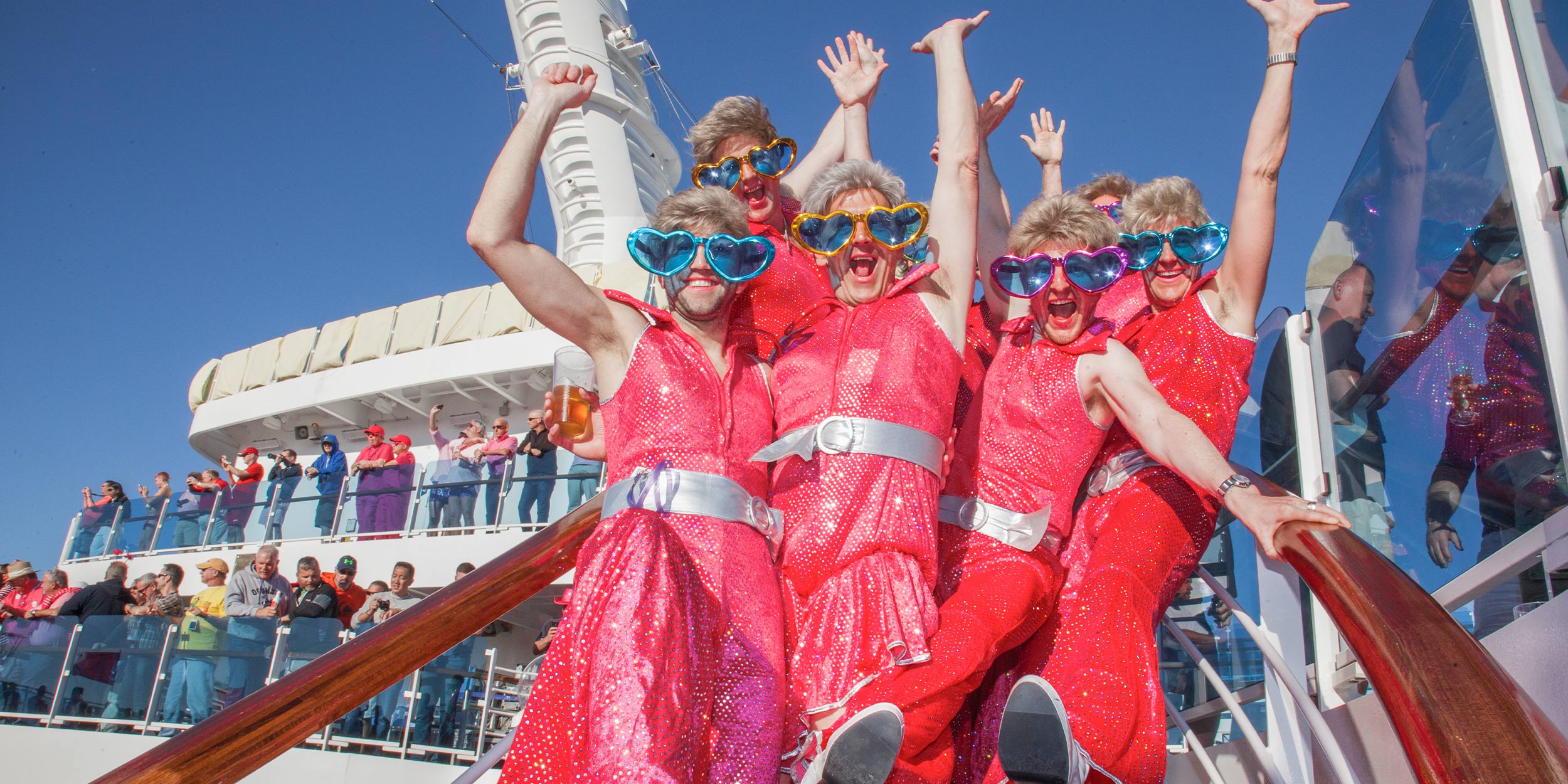 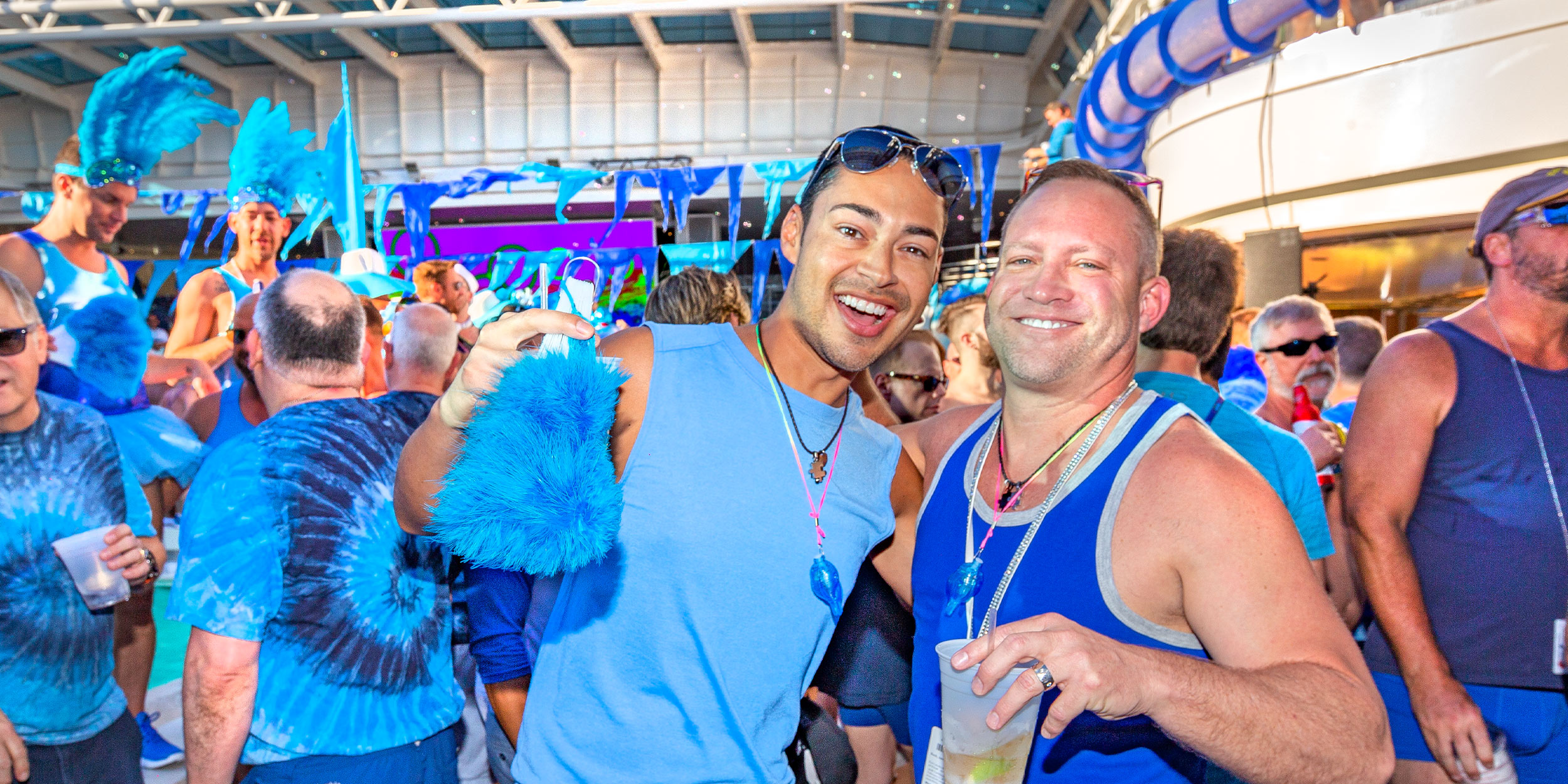 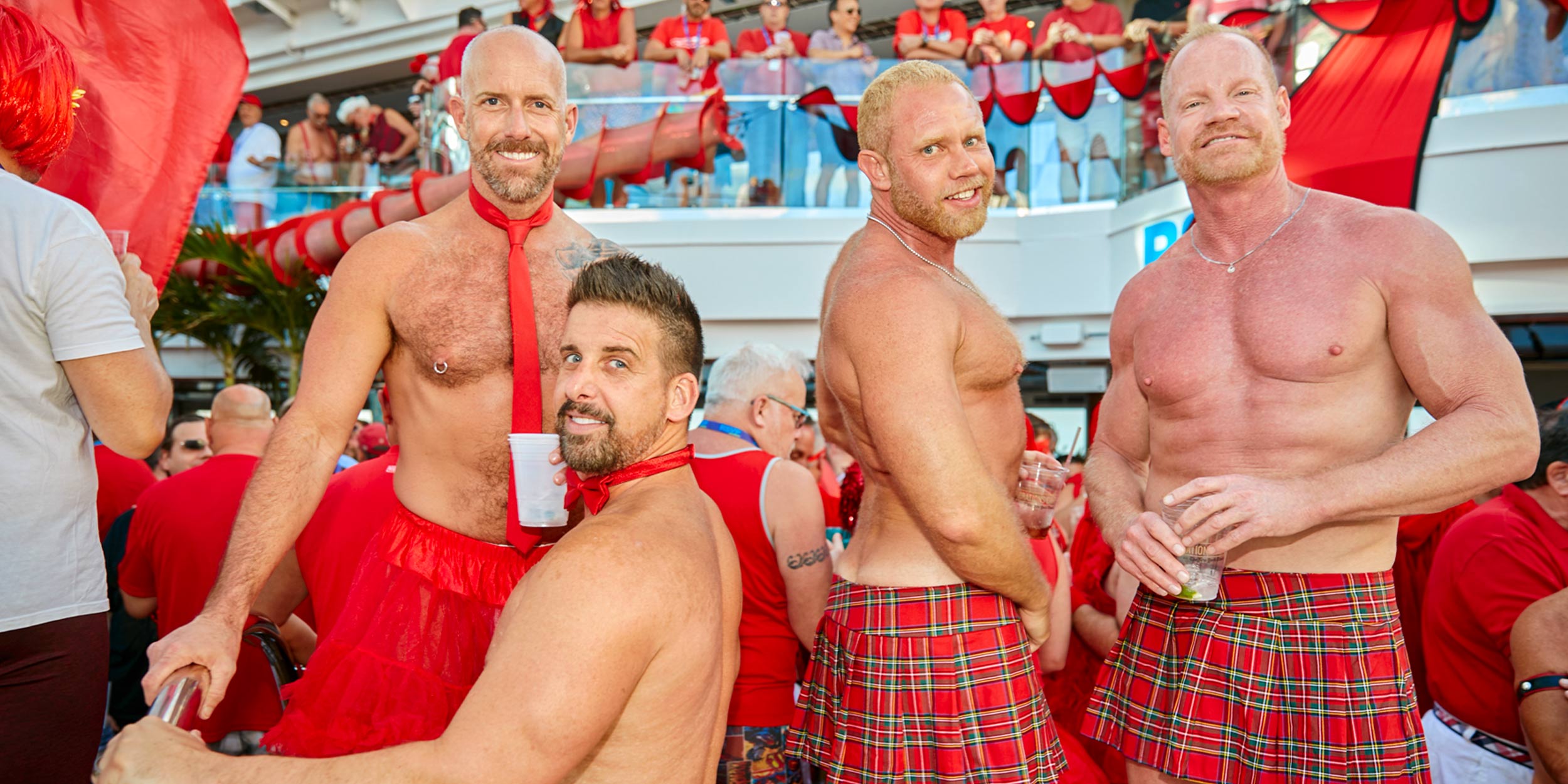 FRIENDLY PARTIES. FOR EVERYONE.

Nieuw Statendam’s wide-open center pool creates the perfect setting for RSVP’s fantastic themed T-dances and evening parties under an endless Caribbean sky (with a retractable dome three floors up — just in case of inclement weather). Our talented DJs play everything from today’s hits to legendary disco, and just about everything in between. No matter what your taste in music, we’ll welcome you to the party with friends like you everywhere you turn. It’s all about having a great time with friends! 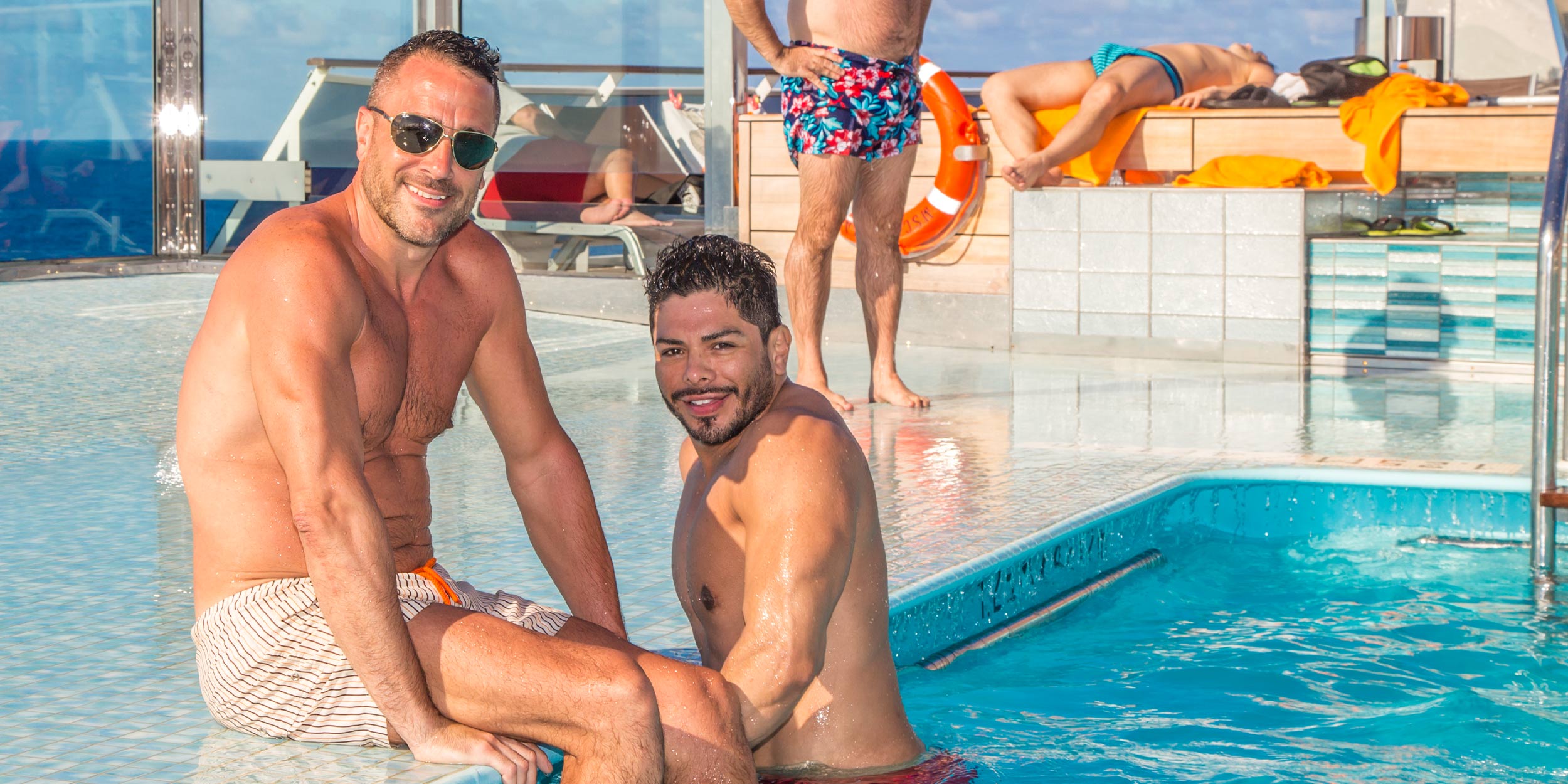 We want everyone to join in our anniversary celebration and continue to bring you the best value in gay & lesbian vacations. Our low fares start at just $949, which includes virtually everything – from world-class entertainment and fabulous parties to incredible accommodations and dining. For 35 years, RSVP has been creating amazing vacations where everyone is truly welcome. Whether you’re traveling with your partner, spouse, friends, or on your own, you’ll find endless opportunities to connect, play, and simply relax. There’s no better place in the gay and lesbian world where you belong.